The 5 Most Repeated Kratom Myths – All Debunked!

Whenever a news story about Kratom appears in the press or on television, more often than not, it is accompanied by unsubstantiated ‘facts’ and recycled, uninformed opinions.

This level of misinformation and lazy journalism constitutes an enormous disservice to the health and wellbeing of millions of Americans who are denied or misinformed about the real benefits of Kratom. Because of this, we wanted to dispel some of the myths and help shed light on the things we see portrayed inaccurately in the media. Below are 5 common Kratom myths:

Whenever a news story about Kratom appears in the press or on television, more often than not, it is accompanied by unsubstantiated ‘facts’ and recycled, uninformed opinions.

This level of misinformation and lazy journalism constitutes an enormous disservice to the health and wellbeing of millions of Americans who are denied or misinformed about the real benefits of Kratom. Because of this, we wanted to dispel some of the myths and help shed light on the things we see portrayed inaccurately in the media. Below are 5 common Kratom myths:

1. Kratom Can Be Lethal

Between July 2016 to December 2017 in 27 states there were 27,338 deaths logged into the State Unintentional Drug Overdose Reporting System (SUDORS). The CDC review found that 152 of the 27,338 patients had Kratom detected in their system.

This is where the facts behind figures are so vitally important.

In each of the 152 cases, the cause of death was due to polydrug use, other underlying medical conditions or purposefully contaminated or adulterated Kratom.

There has never been a recorded death where Kratom is the sole cause. In places like Malaysia where Kratom has been used for hundreds of years, not a single case of Kratom-related death has ever been reported.

Kratom is often compared to opioids like oxycodone and heroin. This is just a scare tactic being employed by the media to further the government’s anti-Kratom agenda. The truth is – Kratom is a natural alternative with incredible potential benefits.

This misinformation lies in the way that Kratom works within our bodies. Two of Kratom’s main alkaloids naturally attach to the body’s opioid receptors, however a third alkaloid, present in Kratom, Corynanthiedine protects against typical opioid side effects – one of which is addiction.

Studies such as those conducted by Johns Hopkins and Hemby have concluded that Kratom has high therapeutic properties and low risks for addiction or other medical complications.

Kratom users may well become dependent on it…in much the same way that coffee drinkers must have their morning cup. But to equate Kratom to heroin or other opioids is just bad science at best and purposely misleading at worst.

3. There Is No Research On Kratom

While this may be true to a certain extent, again it’s very misleading. In the United States, there have been several high-profile studies conducted on Kratom. We linked to several of them in the section above. On top of that, there is over a century of well-documented and heavily researched studies from the rest of the world.

Kratom’s growing popularity and user base will further improve the number of studies being conducted. With an estimated 10-15 million current users in the United States alone, Kratom is sure to see more academic research and published papers on its efficacy.

Unbelievably, this myth has been repeated on national television many times. News reports often characterize Kratom alongside synthetic drugs like Spice and the association has stuck.

Kratom (Mitragyna speciosa) is a tropical tree indigenous to South East Asia, with leaves containing the alkaloids mitragynine and 7-Hydroxymitrogynine. It has been an ever-present source of pain relief and health enhancement for hundreds of years across Asia.

Kratom is a 100% natural, organic plant.

This is a lazy and naïve myth with little basis in reality. While Kratom is not currently regulated by the FDA, there have been great strides made to improve testing, quality control, and labeling in the Kratom industry.

Organizations like the American Kratom Association have pioneered the Kratom GMP program which is improving standards across the industry. Short for good manufacturing practices, the GMP program ensures a high level of quality control among vendors.

On top of this, the Kratom community acts as a better regulator than any government official ever could. You can’t get away with selling poor quality Kratom for long. You’ll get called out on places like Saidit and Double M Herbals in no time.

As Kratom enthusiasts, it’s important for all of us to continue fighting back against these ridiculous myths. We hope this short article has helped dispel some of the most common misconceptions about Kratom. Buying Kratom isn’t the only way to advocate for this amazing plant. You can also help stop the spread of this kind of disinformation.

Originally published on https://kratom.education/ on September 30, 2020 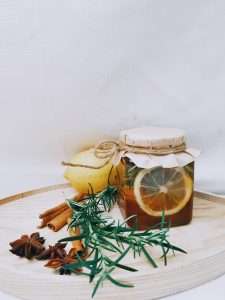 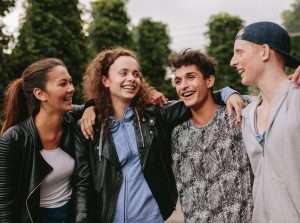 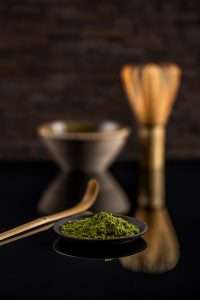 The 5 Most Repeated Kratom Myths – All Debunked!